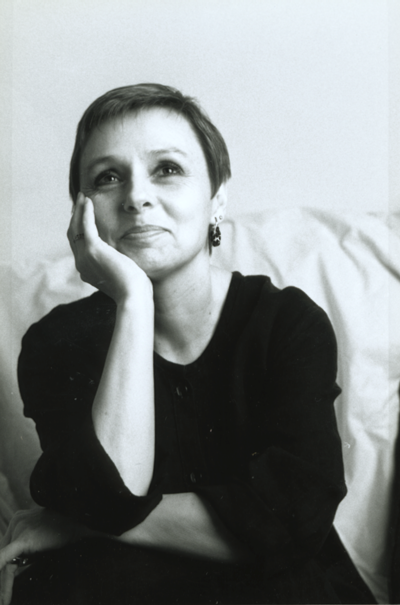 Born in Macon, Georgia, to Mac Hyman and Gwendolyn Holt Hyman, Gwyn grew up in south Georgia in the small town of Cordele, not far from Plains. Her father was a writer himself and published the bestseller No Time for Sergeants in 1954 when he was only 31 years old. It was turned into a popular play and film, starring Andy Griffith.

Upon graduating from Florida State University with a B.A. in English, Gwyn joined the Peace Corps, serving in Costa Rica and working as a preschool program coordinator and teacher in a village, without running water or electricity, near the Panamanian border. She married her husband, Angel, also a volunteer, six months after her arrival. They have been married now for over 40 years.

Gwyn’s youth was spent frantically running from her father’s vocation—seeking any other occupation—because she felt the stress of writing had precipitated his early death of a heart attack at the age of 39. Throughout the 1970s, one job followed another until the couple wound up in 1980 in Berea, Kentucky.

In 1983 Gwyn could not longer run away from writing, from the realization that this was what she was meant to do. Therefore, she applied and was accepted into the MFA Program for Creative Writing at Warren Wilson College in North Carolina. Not until her graduation in 1986 did she dedicate herself completely to writing.

Gwyn’s collection of short stories, Sharing Power, was nominated for a Pushcart Press Editors’ Book Award. Her short fiction has been published and anthologized around the country. Her short story “Little Saint” received the Cecil Hackney Literary Award for first prize in the National Short Story Competition and later appeared in Prairie Schooner. She has received grants from the Kentucky Arts Council and from the Kentucky Foundation for Women. In July, 1998, her first novel was published by Viking/Penguin. Highlighted in Time Magazine by Barnes & Noble, Icy Sparks was one of several novels chosen to represent “The Next Wave of Great Literary Voices” in the Discover Great New Writers program.

Gwyn and her husband have lived in Kentucky for over 20 years. Most of the time, they have lived in the foothills of the Appalachian Mountains in the small town of Berea. In 2001 they moved to Versailles, Kentucky.